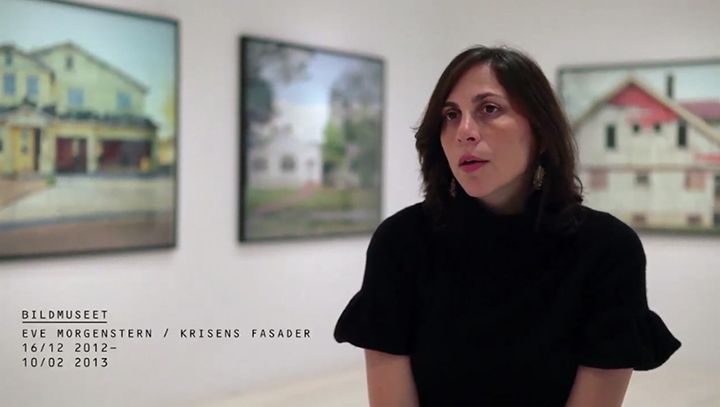 Eve Morgenstern was born on Long Island and raised in Brooklyn, NY. She received an MFA in Photography from the San Francisco Art Institute and a BA in Art History from Vassar College. She is an arts professional, photographer, documentary film director and producer based in Beacon, NY. Eve has been awarded artist residencies at MacDowell and The Lower Manhattan Cultural Council Workspace and grants from Chicken and Egg Pictures, The New York State Council on the Arts, The Anthony Radziwill Documentary Fund, The George Gund Foundation, The Park Foundation, nextPix/firstPix and The Playboy Foundation.

Eve is founder and producer of an annual climate theater, art and activist event Soon Is Now at Scenic Hudson's Long Dock Park on the Hudson River in NY. Fiscally sponsored by New York Foundation for the Arts.

Her photographic project Facades of Crises had its solo show Museum premiere at Bildmuseet in Umeå, Sweden. The project was also exhibited at the Midwest Center for Photography and selections were published in a special Le Monde magazine issue on America during the Obama administration.

Her documentary film, Cheshire, Ohio about the buyout of a town by a coal fired polluting power plant has screened in festivals in the US, Canada and Asia and won first place documentary feature at the Knoxville Film Festival, the Free Press Award at The Columbus International Film and Video Festival, and the Special Jury Award at The Frozen River Film Festival. Distribution: Bullfrog Films (link) and ovid.tv (link).